Orlando is an actor and musician known mostly for his stage work in regional theaters across the United State. Born and raised in East Texas. He earned a Bachelors degree in Theatre Arts from Lamar University.

The majority of his work has been in Texas and New York. In Texas he has performed on the Alley Theatre stage numerous times including a full workshop production of Hilary Bettis’ 72 Miles to go… and the Regional Premiere on the Neuhaus stage at the Alley. In New York, Orlando originated roles in new works by up and coming playwrights at off-broadway theater Symphony Space and off-off broadway theaters Treehouse Theater & Open Tent Theater.

He was critically acclaimed for his role as Padre Perez/Cardenio in the very first major tour of Quixote Nuevo by Octavio Solis directed by KJ Sanchez. Sanchez also cast Orlando as Capulet / Friar Lawrence in California Shakespeares’ bilingual Romeo y Juliet by Karen Zacarias where he also garnered rave reviews.

Orlando comes from a family of musicians. Along with his brother Misa Arriaga he has composed and recorded music for two plays, The Hobbit and Charlotte’s Web both at the A.D. Players. Often in his theatre performances his guitar playing has been an added bonus to his roles.

He is also a photographer. Orlando will often make photographs of the different landscapes and environments where he is hired as a stage actor. You can see his work at his photography website.

Orlando is a proud Mexican-American. He and his wife are raising a beautiful human being, Corazón. 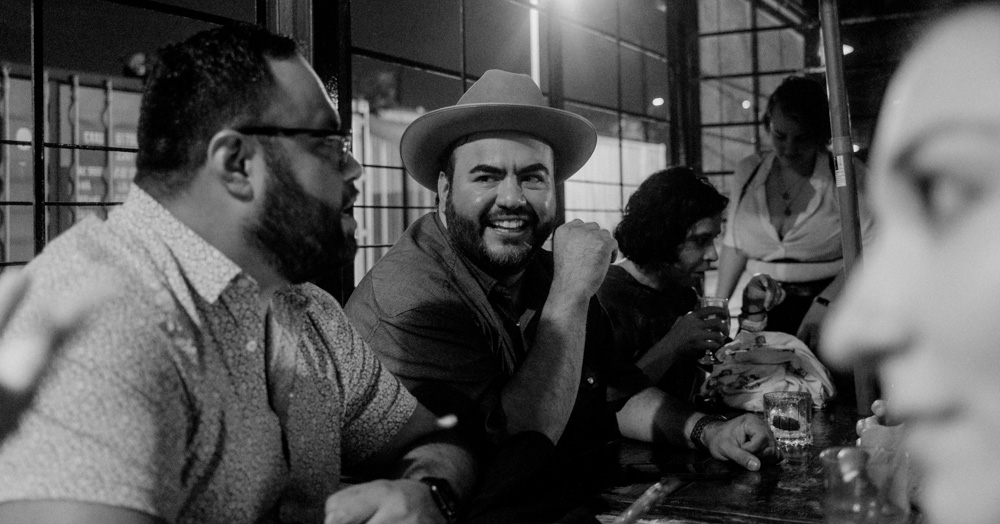 And Arriaga should have been arrested for stealing the show as Capulet, truly disconcerting. He seethes and snarls, a man who will not be disrespected in his own house, dropping highly misogynistic language that just hits differently in Spanish. The realization and forceful clarity he presents to Juliet drives the play’s final harrowing moments.

Gravity and stillness characterize Arriaga’s work, in a deeply inhabited performance as Abel. A striking cautiousness gives way to Abel unloading a painfully grueling story of his past and present, centered on his daughter, a spellbinding moment of theater.

A particular standout, though, is Orlando Arriaga. Among the roles Arriaga shoulders is that of an undocumented immigrant, shattered by grief, whom Quixote and Sancho encounter in a desert canyon.

And there was no single element I appreciated more than Orlando Arriaga as Cardenio, an undocumented Salvadoran whose family has died along the road to the U.S. land of promise, leaving him half-mad in a desert canyon.

Orlando Arriaga (Padre Perez, Cardenio) shows his range taking on the priest, as well as a lost soul in the desert and Quijano’s abusive father.